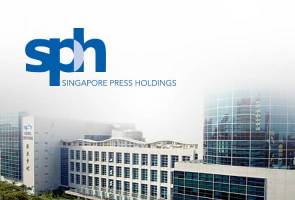 Following my last blog on my top 5 holdings, I have been receiving questions from readers on why SPH is on the top of the list (and by the way, it is still there today)

There is no special reason – it was partly because I sold the previous top few Reits and then SPH started to emerge and the other was because I increased my holding in SPH slightly as it tumbled lately.

Some readers were curious to know my reason for the second part. I know some of you are probably screaming out loud … “Get out!”, “Its a sinking ship”, “That’s a sunset industry you know”, “Are you sentimental or what, still holding on?, “Cut loss cut loss!!!”

And I think they are all justified to make such exclamations. The sentiments around SPH have been very negatively lately. Its media business is not holding on to its revenue (not to say its rapid-falling profit).

The transformation journey that it started by going more into digital (than print), buying up classified ads websites and becoming more like a conglomerate (dipping their hands in property, healthcare etc) is not working out as well and as fast as they hoped.

In some ways, I feel their recent attempts they made to transform rapidly seemed so desperate. And when people are desperate, will they make rationale decisions? I am not sure, but I probably won’t.

Its share price has been falling for a while already … it has dropped 20% from a year ago, with the largest drop coming in from the last quarter after the release of their second quarter earning in April. See chart below.

Besides the declining business performance, the one that broke the camel’s back for its shareholders was the cut in the interim dividend again and this time by 14.3% from 7 cents last year to 6 cents this years. For many shareholders (including me) who see SPH as an income stock was upset. This is despite us knowing that this was inevitable from the trend of last 2 years and given the declining revenue and profit in the last few years.

If you review the analyst reports from the local banks last month, you will find a general consensus of target price for SPH at around $3.34 to $3.39 from DBS, OCBC and CIMB. UOB is the only outlier and the most pessimistic among them with a target price of only $2.90.

They had mainly used the “sum of all parts” approach by adding up the value of each part of SPH businesses to reach their fair valuation per share.

Last Friday, SPH closing share price was $3.23. Is it already safe level to buy? It is about 5% below the consensus price range.

Before I give my views on that question, I like to share a viewpoint from an income investor first.

To me, the dividend is the most important consideration and thus SPH’s ability to sustain its dividend rate is crucial.

At 15 cents projected DPS, its current dividend yield is 4.64%, which is still quite decent though there are probably better options out there. If I want a 5% dividend rate, then SPH share price will have to drop to $3.00, coming close to UOB valuation.

At 15 cents DPS, SPH will need $ 240 Mil net cash flow a year to fund it else it will have to borrow money. Most companies will not do that on a permanent basis because it will just increase leverage without doing any value add to shareholders.

Relying on SPH first half financial results in which its earnings dropped by 23%, I expect its full year results for 2017 to come in at around $ 280 Mil. After factoring in non-cash adjustments from balance sheet and changes in working capital and using historical changes as reference, I will expect its operating cash flow to be around $ 300 Mil. This cash will be available for income tax and dividend. Income tax is expected to be $ 60 Mil, so leave $ 240 Mil just enough to meet a DPS of 15 cents.

If SPH decides to give dividend in shares rather than cash, it may be to afford more.

I also think that there is always a certain demand for print newspapers and magazine. Personally, I still like to read Straits Time from a newspaper than from my iPad which I also subscribe to the digital version. The migration to digital media will continue and that may not be bad for SPH as long they are able to provide a strong value proposition to consumers, like “speed of info”, “relevancy”, “accuracy” and “impartiality” etc.
The income from the media business is also dwindling. The biggest contribution comes from property now.

Hence, I think the decline in their earnings from the media business will taper off in the next one year or two. It will need to brace itself for the next few years and hopefully emerge out leaner and fitter.
So, for me, if SPH drops to $3 and below, I will accumulate more. At this moment, i may just nimble here and there …. maybe the windfall from M1 is just round the corner.