“We maintained our buy call on Far East Hospitality Trust with a revised target price of $0.70 … We believe 1H17 marks the cyclical low in FEHT’s earnings and FEHT should report sequential improvements in DPU going forward as we approach 2018 … FEHT valuations are attractive, trading at c.0.75x P/BV and offering a high 6.1% yield” … an upbeat view of great optimism expressed by DBS Research on 8 Aug 2017.

This caught my attention as this view is contrarian to the views expressed by other research houses. So I decided to do my own homework to evaluate if I should accumulate more shares in FEHT now.

Interestingly, my conclusion is in fact the opposite

I have decided to sell the small stake of FEHT that I own now. My reasons are as follows:

The performance of FEHT has been deteriorating ever since it was listed in 2012 – see the table below.

The table summarizes the key performance data that I had extracted from its annual reports from 2013-2016. The storyline is very evident – business performance has not improved but gotten worse. All the key income related parameters have declined year by year while cost of debt and gearing ratio have been climbing.

Bottomline: I don’t think the management has been having much success in the last few years to improve the business and increase shareholders’ value. The number of properties has remained constant for the last few years. It did not acquire or divest any properties despite trading at discount to its NAV constantly.

While the value of FEHT investment properties declined slightly from 2013-2016 (a 2.26% drop only), the net asset value declined more drastically at 7.55%.

With only a slight increase in gearing ratio (debts), most of the decline in NAV could be attributed to more stapled securities holding, mainly related to new securities issued as fees paid to the Reit Manager owned by Far East Organisation (also the sponsor). In case you are wondering, the annual fee paid to the Reit Manager in 2015 & 2016 was about $10 Mln each, ~ 10% of the Net income and the Net Operating Cash Flow.

As a result, the deemed interest of the Estate of late Ng Teng Fong (the largest shareholder) has been increasing year by year from 37.3% (2013) to 43.1% (2016). I guess it is a combination of securities issued to the Reit Manager and probably some market purchases made by the Estate or its subsidiaries.

There used to be 2 other major institutional investors holding a substantial stakes of 5-7% each but both of them had sold off their stakes last year. That may be a useful telltale sign by itself too 😳.

Bottomline: Retail investors seem to be bearing the brunt of the persistent drop in NAV of FEHT – from dilution and declining asset value.

I am not convinced that the performance of FEHT will turn around anytime soon.

Partly due to the lack of success of the management in doing so in the last few years, partly due to the prevalent oversupply situation of hotel rooms in Singapore. Room supply is expected to increase by 6% increase in 2017 but only a 2% growth in visitor arrivals is projected. Hotels opening in 2017 include the 610-key YOTEL Orchard, 254-key Novotel Singapore and 342-key Andaz Duo, amongst others. The Singapore hospitality market will remain under pressure. According to property consultancy firm, CBRE, they expect operational headwinds and increased competition to ease gradually only from 2019 onwards when new supply starts to taper.

The serviced residence sector is also not doing well.

To make matter worst, many of the assets (eight hotels and four serviced residences ) owned by FEHT are not located in premium locations in Singapore. So, structurally, their occupancy rates have not been high. It has been around 86% ever since it was listed. I don’t think this will improve significantly.

Bottomline: I do not share the same optimism as expressed in the outlook for the hospitality industry and especially for FEHT.

Current Dividend Yield is not Attractive

I will be selling my small stake in FEHT after this analysis. The macro reasons were the ones that I mentioned above. The micro one is that its current dividend yield of 5.8% is not attractive relatively to its range of historical dividend yield of 5.3% to 8.2%. It is hovering around the bottom 20% mark of that range now. Furthermore, it is low compared to other hospitality trusts like OUE-H, CDL Hospitality, Fraser Hospitality and Ascendas Hospitality. Some of these trusts are much larger in size and with assets located in diversified set of countries globally. I might as well switch to these companies.

However, FEHT also has some attractive points to consider investing (though not at this price level for me). 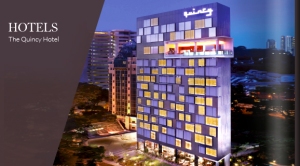 But until the share price of FEHT corrects to an appropriate level or if the business performance improves or when I start to see more corporate activities in FEHT, I will rather stay on the sideline.

I have set the first buy price trigger at 60 cents with possible major accumulation at 55 cents if FEHT share price does reach there.

I welcome your comments and sharing of your views on FEHT, especially if I have missed out of any critical considerations.

I hope you find something useful in this post.

Take care and good luck in the coming investment week ahead!

Enjoy dividend collections for those who are vested J