Still on Hutchinson Port Holding Trust … Based on my analysis, I concluded that at current price of US$ 0.34, HPH Trust is fully valued. A share price of US$ 0.305 will offer us a potential entry point with safety margin.

Below is my full analysis leading to my conclusions. I am open to your critique and comments.

(By the way, this blog post is created to share my thoughts and invite comments to sharpen it further. It has no intention to encourage anyone to buy, sell or hold HPH Trust now or in the future)

I traced back HPHT performance since its IPO in 2011 till today, the dividend it paid for each year and the resultant dividend yield. This is what I got: 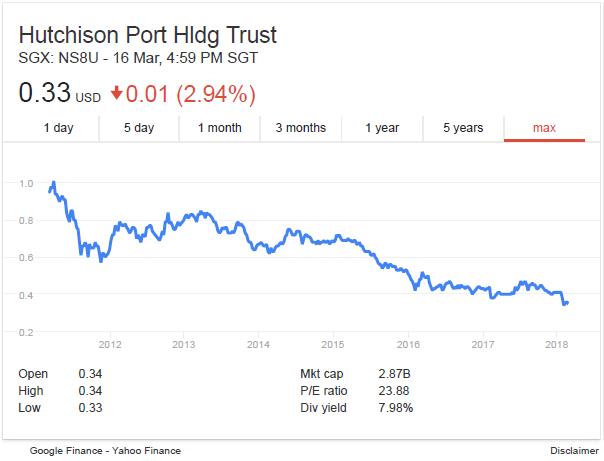 The sharp drop in share price after the full financial year results and dividend distribution released in Q1 2018 indicated to me that the most credible reason is (c).

At the close of business day 16/3, HPH Trust’s share price was US$ 0.34 (note different from Yahoo chart) and based on the same dividend payout as in 2017, the dividend yield will have increased to 7.7% which is more in line with previous years’ investors’ expectations.

Based on this assessment, I think at the current share price of US$ 0.34, HPH Trust is fully valued.

The average of the annual highest dividend yield from 2012-2017 was 8.68%. This could potentially act as a marker for a realistic safety margin.

The million-dollar question remains if HPH Trust can reverse the declining dividend per share trend seen over the years. Your guess is as good as mine but it would be interesting to hear management and the board members out on this – I will try to make the AGM for this year, especially since I am now armed with this information and analysis.

Given that I am already vested, I would probably not invest in HPH Trust further unless I see that I can get a comfortable safety margin – maybe US$ 0.305 will be a good re-entry point.

Happy to receive your thoughts on this too.

Have a great investment week ahead. 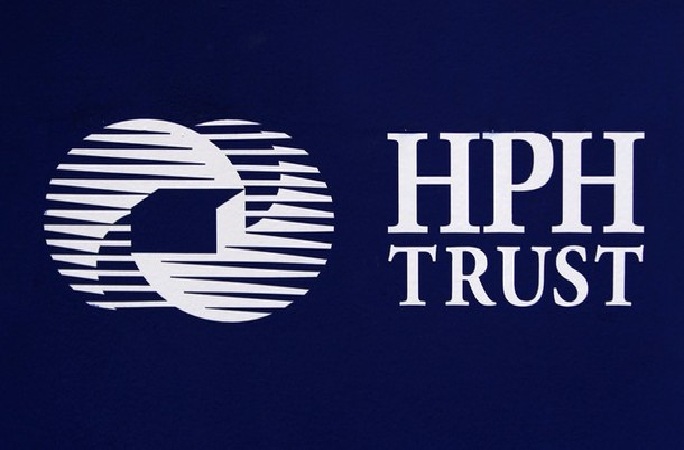